Here is another great devotional by John MacArthur. Please visit his Grace to You site, where you will find tons of wonderful Biblical information, sermons, studies, links and other resources. This was last Sunday’s daily Bible reading, which I subscribe to via email. 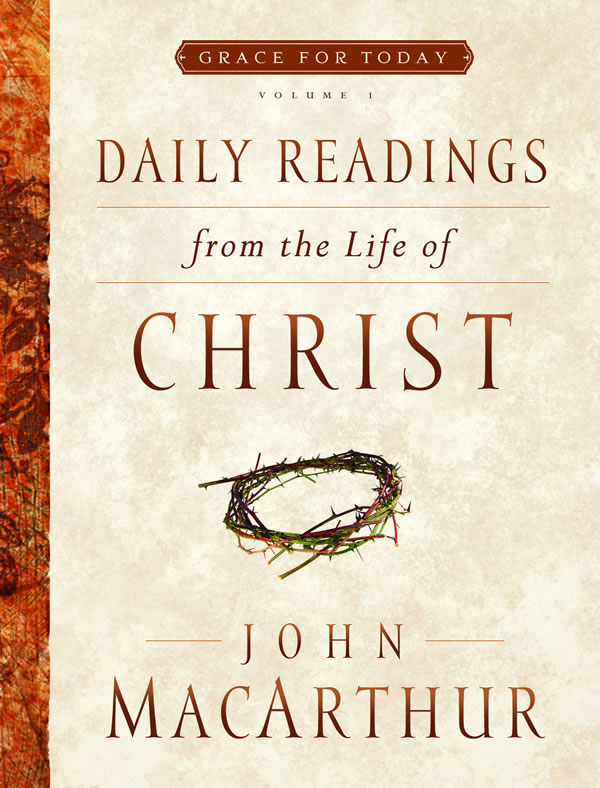 “When He came to the other side into the country of the Gadarenes, two men who were demon-possessed met Him . . . and they cried out, saying, ‘What business do we have with each other, Son of God? Have You come here to torment us before the time?’” (Matthew 8:28–29).

Demons can attack people mentally, physically, or spiritually. Spiritually, they oppose true religion, promote the false, and control the occult. Intellectually, they advocate false ideologies, insanity, and masochism. Our Lord always recognized demonized people as being victims of powers beyond their control and in need of deliverance, not condemnation or exhortation.

By calling Jesus “Son of God,” the demons controlling the Gadarene men showed they knew His true identity. They recognized Him as their spiritual antagonist who had the full authority to destroy them at will. Their question “Have You come here to torment us before the time?” further recognized that there is a God-ordained schedule, not yet completed, when He will relegate them to eternal damnation. As in other subjects, the demons had a correct doctrine of last things. But such belief is mere recognition, not acceptance. James reveals that even they tremble at the consequences of unbelief: “the demons also believe, and shudder” (James 2:19).

Demons despise everything about God and His Son. Yet they can’t do anything but pay Jesus the greatest deferential respect when in His presence. That supports Paul’s teaching that one day at the name of Christ, “every knee will bow, of those who are in heaven and on earth and under the earth, and that every tongue will confess that Jesus Christ is Lord, to the glory of God the Father” (Phil. 2:10–11).

Seeing the demons so obviously in fear of Christ’s dominance should encourage us that He is more than able to handle any situation. Have you been withholding a need from Him, not sure He cared or could do anything about it? Bring it boldly to Him today.

This devotional originally appeared at Grace to You.