This article was originally written in 1951 and was republished in the March 2019 issue of Decision Magazine. 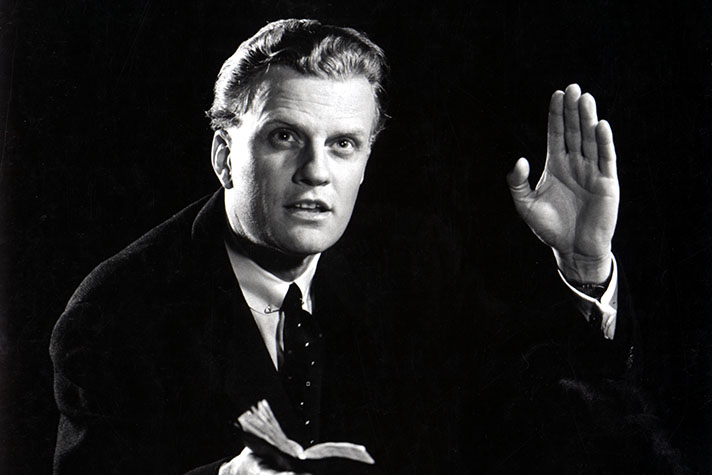 The Bible: The Word of God

This article was originally written in 1951.

The Bible is being discussed today more than ever before. Some people want to get rid of it completely. Some want to keep it just as literature. And many, believing it to be God’s Word, want to live by it. Does the Bible have anything to say to us?

THE CONSTITUTION OF OUR FAITH

The United States has a constitutional form of government. A number of men, after long argument and debate, drew up the Constitution and submitted it to the 13 Federated States for ratification. The presupposition of these framers of the Constitution was that law was absolute.

People found that if they knew the law and kept it, they would be truly free. They knew where they stood, for constitutional law made it clear.

God’s laws for the spiritual world are found in the Bible. Whatever else there may be that tells us of God, it is more clearly told in the Bible.

The Bible has a magnificent heritage. It has 66 books, written over a period of 1,600 years by more than 30 writers, and yet the message is the same throughout—so clearly that the 66 books are actually one book.

The message, in every part, is straightforward. No writer changed his message to put his friends in a better light. The sins of small and great alike are frankly admitted, and life is presented as it actually is.

THE CENTER OF CONTROVERSY

The Bible has been the anvil upon which the critics have worn out their hammers. Critics claim the Bible is full of forgery, fiction and unfulfilled prophecy, but the findings of archaeology have corroborated rather than denied the Biblical data.

Our faith, which is not dependent upon human knowledge and scientific advance, has nevertheless presented a magnificent case at the “bar of knowledge.”

How many times we have heard someone say, “Why, the Bible contradicts itself!” Very few who make that statement have used the family Bible for more than a storage place for pressed flowers.

The first requirement placed upon critics is that they read carefully every chapter of the Bible. They ought also to know something about how we got our Bible, the miracle of its writing. Biblical history is fascinating and makes us appreciate the Book that has been preserved for us to this day.

If you are setting yourself up as a critic, it is your responsibility to read and know both sides of the question. It is significant that very few Bible critics have bothered themselves to read the literature available on the defense of the Bible, much less the Bible itself.

The Bible will always be the center of controversy.