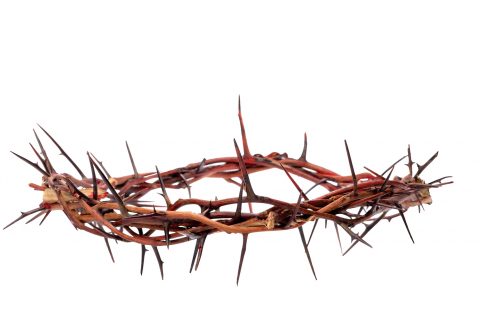 Jesus, Savior of the World

Our thoughts turn to the first use of the name, when the Child who was yet to be born was named Jesus. The person to whom that name was first revealed was Joseph: a carpenter, a humble man, a working man, unknown and undistinguished except by the justice of his character.

It is not, therefore, a title to be monopolized by princes, sages, priests, warriors or men of wealth. It is a name to be made a household word among common people! He is the people’s Christ.

The name of Jesus was sweet from the start because of the words that accompanied it, for they were meant to remove perplexity from Joseph’s mind: “Fear not.” Truly, no name can banish fear like the name of Jesus! It is the beginning of hope and the end of despair! Let the sinner hear of the Savior, and he forgets to die! He hopes to live! He rises out of the deadly lethargy of his hopelessness and, looking upward, he sees a reconciled God and no longer fears.

At the time when the name was given, His full person had not been seen by mortal eyes, for He lay as yet concealed. But soon He came forth, having been born of Mary by the power of the Holy Spirit. A matchless man, He bears our nature but not our corruption! He was made in the likeness of sinful flesh, but in His flesh there is no sin! This Holy One is the Son of God, and yet He is the Son of man!

The name of Jesus is a name divinely ordered and expounded. According to the text, the angel brought a message from the Lord and said, “You shall call His name Jesus.” It is a name that—like He who bears it—has come down from Heaven. Our Lord has other names of office and relationship, but this is His own personal name.

And it is the Father who has thus named Him.

The name is the highest, brightest and noblest of names. It is the glory of our Lord to be a Savior. To the best that was ever born of woman, God has given the best name that any son of man could bear. Jesus is the most appropriate name that our Lord could receive.

The Father knew Him perfectly, and He named Him Jesus. We may be sure, then, that our Lord is, most of all, a Savior, and He is best described by that term. God, the Father, who knows Him best, sees this to be His grand characteristic: that He is a Savior and is therefore best represented by the name Jesus.

“And she shall bring forth a Son, and you shall call His name Jesus, for He shall save His people from their sins.” —Matthew 1:21 (NKJV)
…..
God, who cannot be mistaken, calls Him Jesus, a Savior. Therefore, a Savior He must be, a Savior on a grand scale—continually, abundantly and in a most apparent manner! And God will not refuse to accept the work that Jesus has done, since by the gift of that name, God has commissioned Him to save sinners. When we plead the name of Jesus before God, we bring Him back to His own Word and appeal to Him by His own act and deed.
…..
Read the rest here.

One thought on “Jesus, Savior of the World”