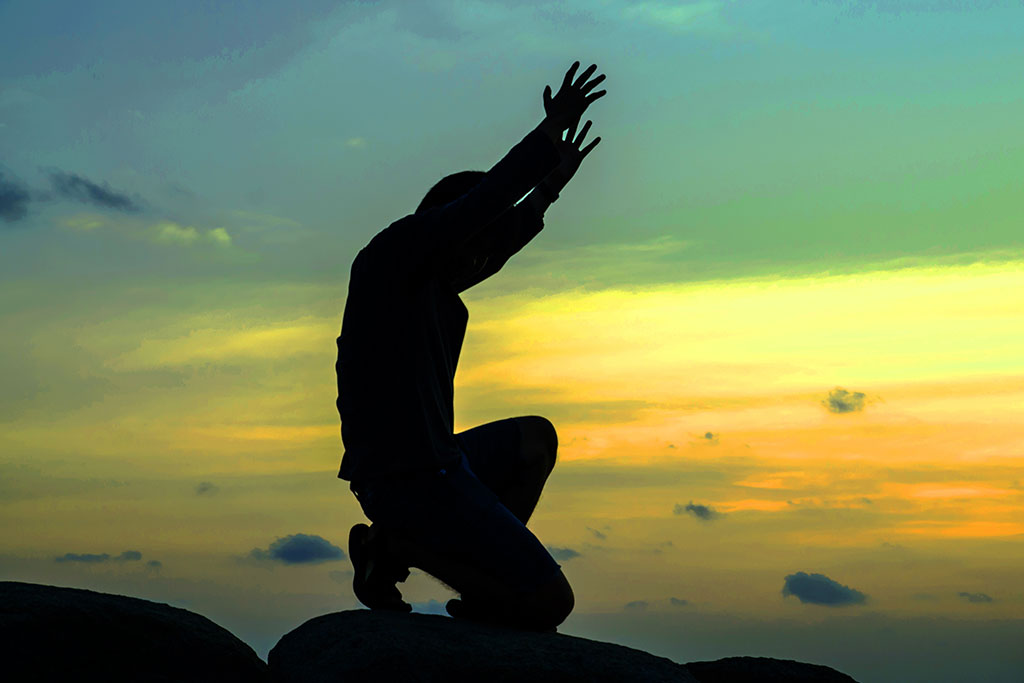 Are You Completely Surrendered to God?

You, God, are my God,
earnestly I seek you;
I thirst for you,
my whole being longs for you,
in a dry and parched land
where there is no water.
I have seen you in the sanctuary
and beheld your power and your glory.
Because your love is better than life,
my lips will glorify you.
I will praise you as long as I live,
and in your name I will lift up my hands.
I will be fully satisfied as with the richest of foods;
with singing lips my mouth will praise you. — Psalm 63:1-5

Are you seeking great things for yourself, instead of seeking to be a great person? God wants you to be in a much closer relationship with Himself than simply receiving His gifts—He wants you to get to know Him. Even some large thing we want is only incidental; it comes and it goes. But God never gives us anything incidental. There is nothing easier than getting into the right relationship with God, unless it is not God you seek, but only what He can give you.

If you have only come as far as asking God for things, you have never come to the point of understanding the least bit of what surrender really means. 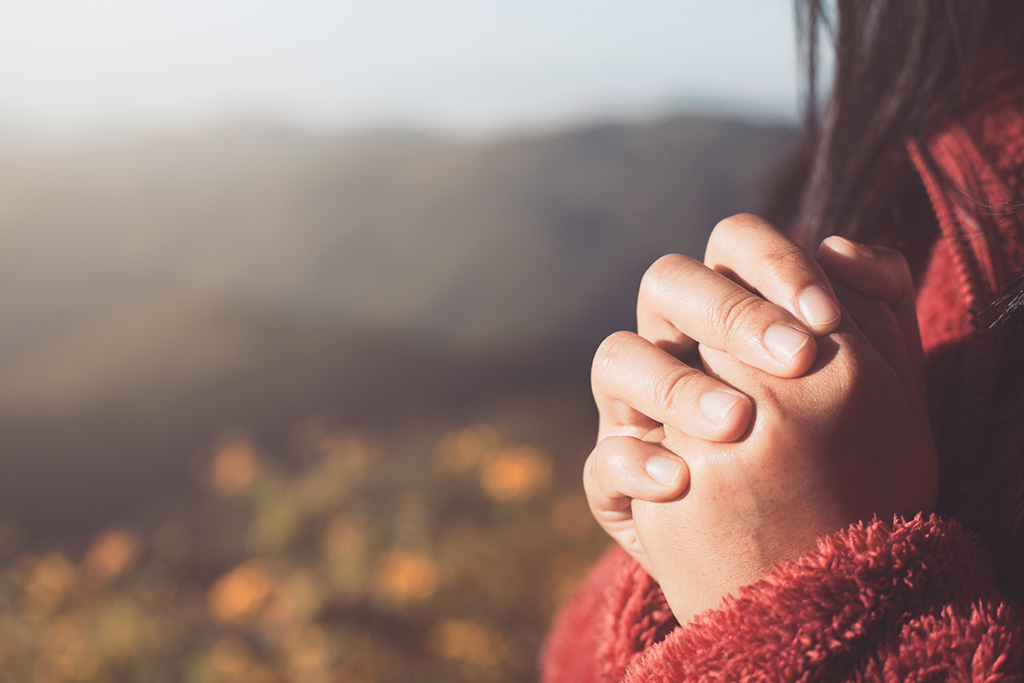 Reflections on the Mystery of “Unanswered” Prayer

If you’re like most people, you are somewhat mystified with the whole topic of answered and unanswered prayer. That describes me too. When my infant daughter died (her name is Rachel), the next time I taught Sunday school I started by listing all the verses that unequivocally promise that God answers prayer. Of course, all my friends in the class jumped to God’s defense and basically tried to explain that these verses didn’t really mean what they said. At least that was my take on their response, and I understood why.

I certainly understand the need to interpret Scripture in light of Scripture, but what so often happens is that we downplay the tremendous privilege the Lord has given his children to ask of him whatever we want. As a result our prayers tend to be anemic, which means we generally don’t have to face the issue of unanswered prayer. (I also understand that theologically there is no such thing as an unanswered prayer, but that’s a topic for another article.)

I am thinking of verses such as John 15:7: “If you remain in me and my words remain in you, ask whatever you wish, and it will be done for you.” And I am thinking of qualifications like Matthew 26:39, which is Jesus’ prayer in Gethsemane: “if it is possible, may this cup be taken from me. Yet not as I will, but as you will.”

I have no answer for this dilemma, but I do have a few observations that have helped me.

Jesus told us to ask. He wants us to ask. And he promises to hear us. That’s pretty amazing in and of itself. I know that when we experience what appears to be unanswered prayer time after time, we can give up. But re-read Matthew 7:7–11: “Ask and it will be given to you; seek and you will find; knock and the door will be opened to you. For everyone who asks receives; the one who seeks finds; and to the one who knocks, the door will be opened. Which of you, if your son asks for bread, will give him a stone? Or if he asks for a fish, will give him a snake? If you, then, though you are evil, know how to give good gifts to your children, how much more will your Father in heaven give good gifts to those who ask him!” These words have to mean something, and despite the Lucan parallel that says he gives the Holy Spirit (Luke 11:13), Matthew’s version is much more broad.

What actually raised this topic for me was a sermon I just listened to by Alistair Begg through his ministry, Truth for Life. He said that we believe that God will answer because we know he can answer. That is a wonderful balance.

3 Common Arguments Against Trusting the Bible

For various reasons, many people argue that the Bible is untrustworthy. As a Christian, when we find ourselves in conversation with these kinds of people, it can feel like we’re in over our head. They’ve had time to establish their position and reinforce their arguments, and we can feel like we’ve been caught off guard—and possibly make us doubt Scripture ourselves.

Here are three common arguments against trusting the Bible and reasons why they’re mistaken.

1. We Can’t Trust the Gospels

While the argument often boils down to the fact that we can’t believe any books of the Bible, people often focus on the Gospels. Why? Because if someone can discount the validity of the Gospels, the whole Christian story falls apart. Generally, these people argue that the Gospels do not include eyewitness accounts. They’re not written as first-person narratives, and nothing suggests that they were composed by people who were personally present to witness the gospel events.

Why this isn’t true:

The whole New Testament started coming together while there were still plenty of people who could deny or corroborate the gospel story. It’s those people that Luke interviewed when he was assembling his Gospel:

“Many have undertaken to draw up an account of the things that have been fulfilled among us, just as they were handed down to us by those who from the first were eyewitnesses and servants of the word. With this in mind, since I myself have carefully investigated everything from the beginning, I too decided to write an orderly account for you, most excellent Theophilus, so that you may know the certainty of the things you have been taught.” —Luke 1:1–4

When Luke goes on to write the book of Acts to document the birth of the church, he often slips into the first person point of view in his narrative. It’s obvious that Luke believes the eyewitness accounts he shares in his Gospel enough to make personal sacrifices for the growth of the church.

In Peter’s second epistle, he not only affirms that he was an eyewitness of the gospel story, but he also highlights Jesus’ transfiguration as an example (Matthew 17:5; Mark 9:7; Luke 9:35):
“For we did not follow cleverly devised stories when we told you about the coming of our Lord Jesus Christ in power, but we were eyewitnesses of his majesty. He received honor and glory from God the Father when the voice came to him from the Majestic Glory, saying, ‘This is my Son, whom I love; with him I am well pleased.’ ” —2 Peter 1:16–17

The author of John’s Gospel also claims to be an eyewitness:
“This is the disciple who testifies to these things and who wrote them down. We know that his testimony is true. Jesus did many other things as well. If every one of them were written down, I suppose that even the whole world would not have room for the books that would be written.” —John 21:24–25

Furthermore, we read in Paul’s letter to the Corinthians that the disciples weren’t the only eyewitnesses to Jesus’ resurrection. Hundreds of people saw the risen Christ:
For what I received I passed on to you as of first importance: that Christ died for our sins according to the Scriptures, that he was buried, that he was raised on the third day according to the Scriptures, and that he appeared to Cephas, and then to the Twelve. After that, he appeared to more than five hundred of the brothers and sisters at the same time, most of whom are still living, though some have fallen asleep. — 1 Corinthians 15:3-6 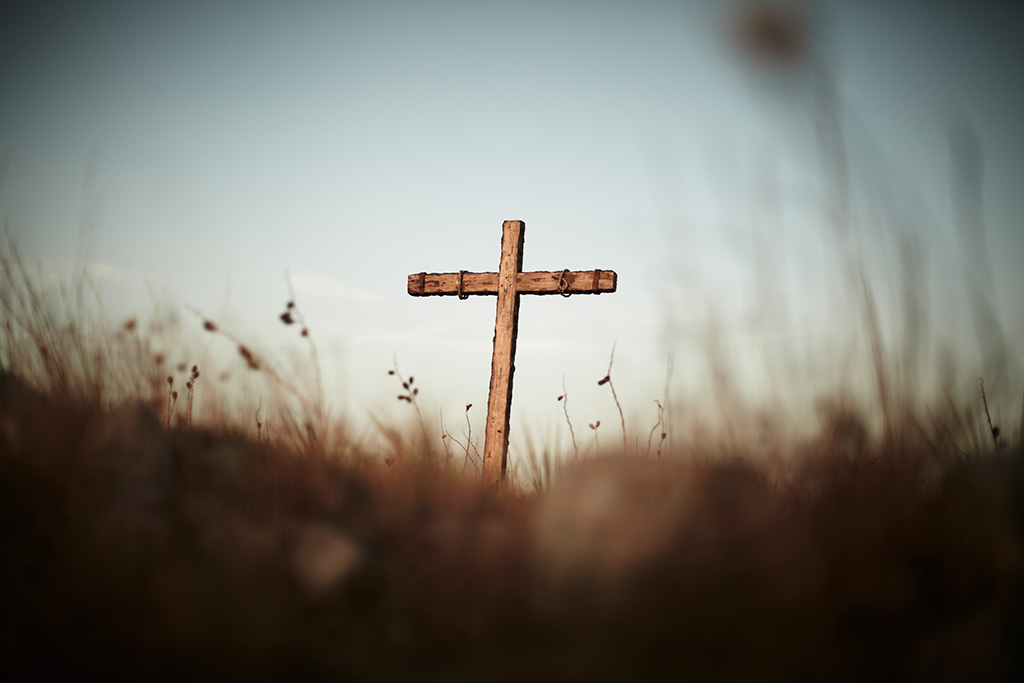 The more one understands the key terms the apostle Paul chose to explain the gospel, the deeper one’s experience will be with the gospel. Paul uses these terms throughout the book of Romans to describe the free gift of salvation and eternal transformation that is available to all who will believe and trust in Jesus for the forgiveness of their sin.

“The satisfaction of God’s holy wrath against sin.” The consequence of our sin is the righteous judgment that God will exercise on sinners. By dying in our place and taking our sins on himself, Jesus makes “atonement” for our sin: he satisfies God’s righteous anger against all who believe.

Meaning “belief” or “trust,” faith is the means by which sinful people come into right standing with God. It is a complete and active trust in Jesus alone for salvation.

Literally means “good news” and is the word Paul uses to refer to the message of forgiveness, eternal life and the lordship of Christ.

“The unmerited favor of God.” This refers to God’s inexplicable and unwarranted giving of good things (especially salvation) to those who could never earn it. There is power for holy living in the grace of God.

I'm a lover and follower of Jesus Christ and live in northern Arizona with my husband Rick and sweet Sophie, our rescue terrier. I am happy to say that Rick and I are at the bottom corners of a triangle where Jesus sits at the top corner.

Pat Knight is the author of REJOICE! and PURE JOY, two books filled with joyful devotionals. She maintains a ministry of handwritten encouraging notes for those who are hurting, and is also an avid gardener.